Real learning is a part of the work, not apart from it.

We launched our ESN.
It's been a long time coming. A full year and a half since I spoke about its potential to solve some of the sticky problems related to efficiency, communication and innovation at my first executive meeting (2 days on the job). The idea was met with guarded enthusiasm and so I began a closer look at our workforce, the culture (which frankly, like most, is really more plural than singular) and the business problems we faced. We have a geographically dispersed workforce, mix of employees; regulars, contractors and partners. Our workforce is hired as highly skilled/experienced. The majority are technical knowledge workers and their learning needs to (and does) happen in the flow, through experimentation, and peer-to-peer. A robust, visible social network would make what is happening already much easier and extended.  The ESN is really just part of the greater plan for learning and performance, one I outlined for the organization in my post "Recreating the Corporate University"

So, in order to practice what I preach I want to Show My Work here. I hope this post will give you some thoughts and maybe even encourage you to offer advice and insight. It is a world of give and be given, right?

Our organization went with Jive. Not my ideal tool as frankly I would have chose Twitter ;). Without going into too much detail, an internal group determined that Jive had more potential to integrate and was a company still innovating - no question there! But like any tool, it's not perfect. Jive is a feature rich platform that serves more as a social intranet with all it's segmentation capability. And early indications were that it wasn't overly intuitive for less experienced folks using social media . Yet Jive is very customizable and although we didn't pare it back to merely a white rectangle as I'd prefer, we did strive to meet a design idea of "simple is the new black".

This was not a solo effort of course. There are many here who enthusiastically embraced the vision of a connected organization.  Before we even determined the tool I worked to form Social Media Advisory Committee (SMAC), which originally consisted of 8 members selected because they were:

1. Representatives of the diverse organization business units and
2. Not necessarily management or executives but people who were well connected and respected in their departments/divisions.
3. Understood the power of connectivity
In addition to having early access to the tool for several weeks, the SMAC was to focus on departmental issues that collaborative tools could help solve. I asked the group a simple but provocative question to surface barriers that could be unique to our organization.
Why would the ESN fail?
We generated 16 reasons that may look familiar:
SMAC was not initially as effective as I hoped. We lost two members to job change as well as shifting needs in the company drew people away. Regardless, we'll regroup as it's our ongoing work to continually monitor for these 16 issues at individual and group levels.
The Invite
To make it official (as several people had already been helping seed the environment) our leadership agreed to send out the invite but only after building a profile and posting a deep comment on a critical work problem that a VP had raised (Bravo!). This action showed initial commitment and not just activity for the sake of activity. Executive contribution to address a business issue sets a positive tone.
The Users
This was not a full company launch. Although I preferred that we start very small (focusing only on where collaboration is already existing and where social tools could help resolve problems), a compromise was made and the decision was to identify groups and roll out to these at once. Although this taxes the ability to support, it's still not a full company roll out.
An interesting graphic of user adoption approaches that Ryan Tracey used some time back has served to reinforce some of the guiding principles; where we should put emphasis and where we should not. Although not scientific (what is in this area?) it does a good job of reinforcing most of what everyone has experienced in these efforts and can be easily communicated to stakeholders.

Early Challenges
It been three weeks. Launch has gone as desired and as suspected. Most have built profiles, many have "contributed" and several have created (90-9-1 generally holds true). From a standpoint of support we have remained in "model & guide only" mode for the first two weeks. Although the approach was to gut the platform to its basic elements so confusion was reduced and use was easy, a few visual job aids were included as well to support the basics like creating a profile, creating streams (or lists) and getting the mobile app. The rest is up to users initially as they were encouraged to experiment and kick the tires.
The natural inclination is to use features if available. And as I said experimentation is encouraged.... to a point. I follow a "just because you can, doesn't mean you should" mantra much of the time. As Jive is very much a social intranet platform, the design and features can tend to mimic current work place structures, both physical and virtual in the form of groups and spaces. So within a day there were requests for these silo supporting features, not because the people were desiring a private space to hide away in, but more that it is comfortable doing what one knows.

In anticipation, I prepared the following post and management echoed it's sentiment:

"The power of social tools is that they have the ability to make what has been invisible, visible. People can share openly their ideas, questions, and their work as well as make connections on a deeper level with people across the org. But only if openness and transparency are the rule and not the exception.

The old adage of "just because you can, doesn't mean you should" doesn't only apply to being careful what you say here (The greater danger is in speaking and not being heard) it's in using features that actually stifle openness.  Although this platform has the ability to create private groups and spaces we need to be cautious in doing so or we defeat the purpose of connecting the organization. If we retreat into silos we lose the advantages that come with transparency - innovation, efficiency and productivity. We can, but should we?

We need to ask ourselves: should I keep this content and/or conversation walled off? What's the harm if I do or don't?"

This post reinforces the decision to have conversations (online or off) with people as they ask for groups.  A brief open chat has led to complete understanding and acceptance of transparency and openness.  However of the 3 open groups formed, membership is limited and interaction thus far equally limited.  They will need support of course but I purposely held off to use these as initial examples that "if you build it, they don't often come."
Chatting about and posting simple visual step-by-steps of some of the stronger features has not increased their adoption of those features thus far (ex: Jive Anywhere browser plugin which serves to better link network activities to outside activities hasn't been activated by most. And the mobile application, although it is quite easy to set up). Each of these 'value adds' needs a human voice, beyond my own and increased visibility of use to catch on.
Early Success
We did have what I would call an early win that will need to be exploited if you will as proof of concept. The very critical issue that I mentioned earlier was posted by a senior leader. It's tone was both urgent and inclusive;

We have a problem and I need your help.  Brilliant.

Within 48 hours there were 8 comments offering opinion and advice, examples and suggestions. In the end (after 24 comments) a policy error was surfaced and confirmed. Within a day action was taken to correct and the clarification was obvious and communicated broadly. This is a small example of the power social tools in organizations present. Openness and partnering across levels with a result of the unknown becoming known and all due to conversation, sharing and the opportunity for many voices to speak openly. I like what Mark Oehlert says in this portion of a video he did following his ASTD Techknowledge '14 presentation (handy work of Dan Steer) as it really supports this example.
In the end these are the kind of "measures that matter". Not clicks, views, likes, posts and follows but small visible interactions that make things just a bit easier, better in the everyday activities we undertake to get the job done.
What's next
With the assistance of my L&D partner-in-crime on this effort Nona Gormley, we are aiming to do many of the following.

We are underway. Currently I'm in a dual role of System Administrator and Community Facilitator. This does pose problems since they compete for my time, but with increased assistance from SMAC, I can shift more attention to strategy and support.  The challenges are great, the road is long, but the opportunities are a plenty and I am very optimistic.
Posted by Unknown at 3:32 PM

Email ThisBlogThis!Share to TwitterShare to FacebookShare to Pinterest
Labels: enterprise 2.0 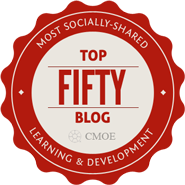